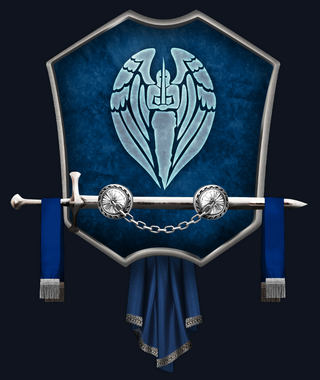 House Argellus is one of the oldest and most venerable houses of the sector. Long history of rational and benevolent administration allowed Argelluses to amass substantial wealth. The basis of house's economic strength are it's vast agricultural assets: fields seeded with wheat, ships producing tones of nutritious algae from vast oceans. Argelluses are one of the sector's major food exporters. House also produces advanced vehicles and weaponry: aviation including all kinds of air transports, naval vessels, energy weapons and electronics.

Argellus vehicles and infantry have highest effective range and are relatively fast while having weaker armour and fire power than Torlonen analogues. House Argellus bases are fortified better than any other house and their defence turrets are known for high fire power. Argellus air forces are equal to none: their fleet of aircraft can tear to shreds almost any opponent.

House superweapon: battle-planes armed with conventional and electromagnetic bombs capable of paralysing turrets, buildings and vehicles in large area. An air strike of such planes squadron can leave enemy production paralysed and base defenceless. 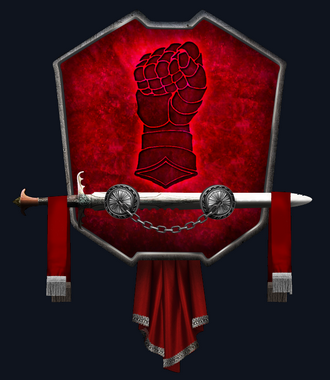 House Torlonen is well known in the sector. Their income comes from extraction and processing of metal ores, other minerals and heavy industries processing these resources. Torlonen possess multiple mining enterprises and are sectors major steel producer. House Torlonen is known for it's militarism and warlike attitude: a lot of mining concessions and territories they currently hold were conquered from other houses. They are often inclined to resolve economical disputes with arms. Torlonen have a large private army equipped with tanks and artillery. Their heavy vehicles are rightfully feared.

Torlonen vehicle park consists of heavily armoured and slow vehicles, including most powerful and heavy tanks. This house units tend to have high fire power, but lower effective range. Base defences are weaker than ones of Argellus and Synellos. Generally house Torlonen army demonstrates offensive character, shorter combat distance and has to add it's units strength to it's base defence.

House superweapon: tactical rockets with devastating nuclear warheads can destroy sizable portion of any enemy base. 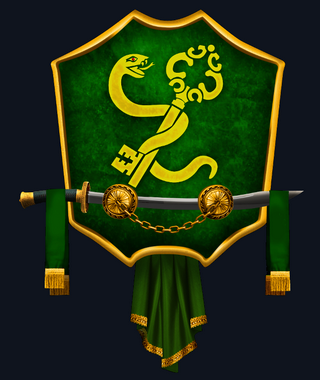 House Synellos is known as one of the richest merchant houses of the sector. Their immense wealth comes mostly from trade, not production. Synellos inhospital homeworld of cold rocky desert and snow covered poles has some deposits of valuable minerals that laid foundation for House merchant capital. House Synellos has a rather small industry that produces expensive goods. They specialise in chemical and pharmaceutical industry running on imported raw materials, produce expensive drugs, narcotics and stimulants. All food and industrial equipment are imported.

Synellos are ruled by a clandestine council of several noble and merchant families, who have once founded the House as a merchant cartel. Synellos are masters of spyonage and blackmail and they owe many of their technologies and large part of their success to these skills.

House Synellos relies on light and mobile vehicles and infantry. Houses infantry although lighter armoured isn't significantly different from other houses analogues. Among their troops Synellos count such things as fast wheeled tanks, stealth tanks and sabouters capable of infiltrating enemy base and blowing up buildings. Synellos widely utilise chemical weapons. Hit and run tactics perfectly suits their fast maneurable armies, that can appear out of nowhere, attack and vanish in desert. Synellos bases are well defended, but unlike Argellus they rely on mines and chemical weapons as well as fortifications.

Kaizarro family ruled sector Semotus for several centuries, using this position of power to enrich itself. Good part of these riches Kaizarro had always invested in their army. After all the burden of defending sector lies on it's ruling house before all others. Thus Kaizarro army, as one could expected, is superior to armies of all other houses of the sector. Infantry is subject to the most severe selection -- only strongest, toughest and bravest are allowed to join it's ranks. These soldiers abilities are augmented even further with specialised preparations and implants. Both men and vehicles are furnished with high end armour, weapons and equipment and combine best qualities of other houses units.